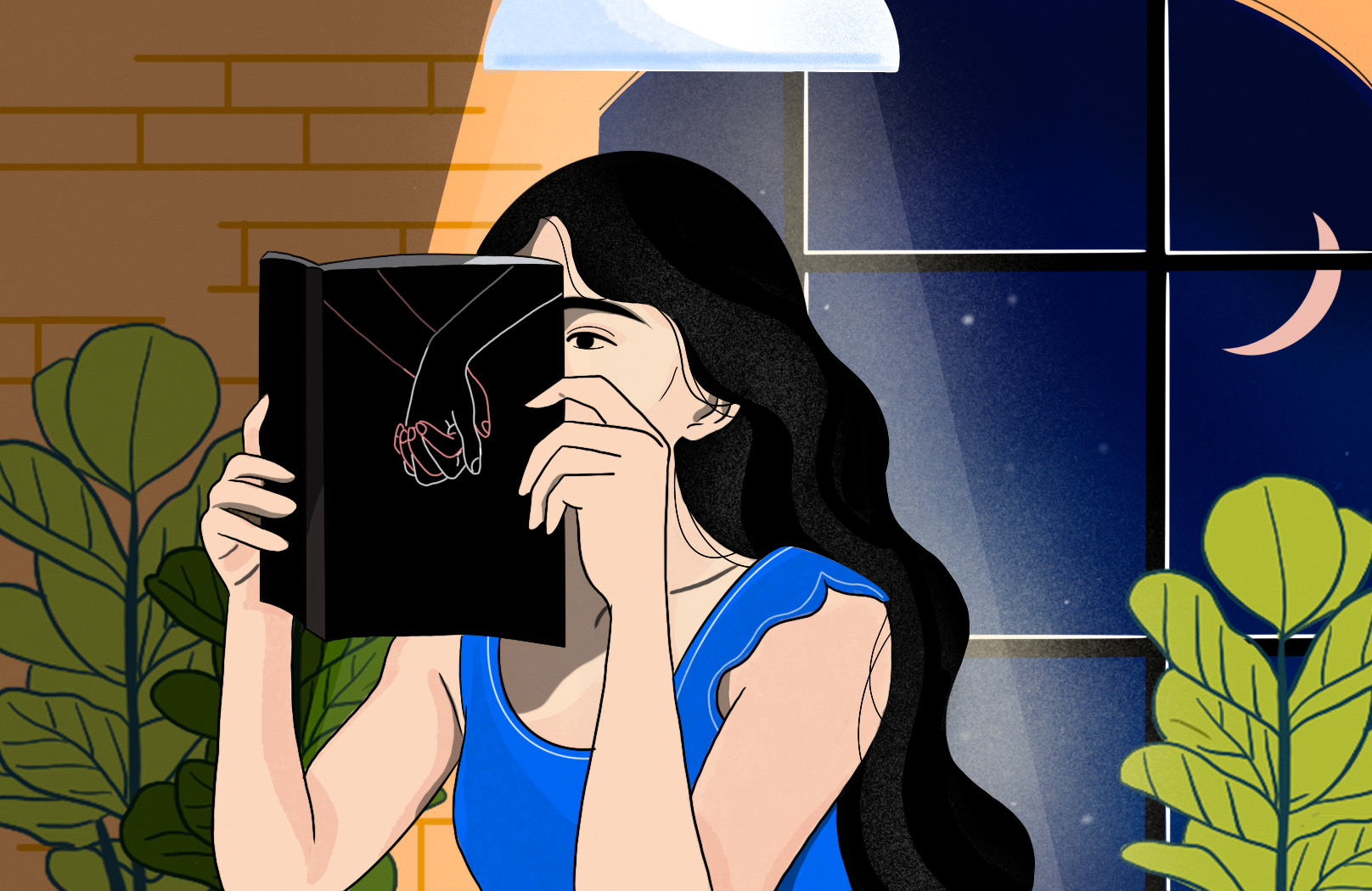 We all live in times where the dissemination of accurate information has been riddled with sensationalist bullets. How can you decide if your set of beliefs is based on truth? How can you unlearn what you have learned and cherished for a number of years? This article will help you do it successfully.
Table of Contents

Our Set of Beliefs – Influenced by whom?

What we learn throughout our lives becomes a part of our ‘belief system’. This belief system, or set of personal beliefs, shapes our emotions, actions, and our reactions. In all, it shapes our entire life. A sobering thought is that people have lived and died for their beliefs. Entire societies have been built and shaped with structures of belief systems laid down in the past.

Countless stories of individuals who fought against the apartheid regime of South Africa can attest to this statement. The brutal system of slavery in the US lead to the division of the working class according to their race, and this fanned the fires of the belief that some groups of people are biologically superior to the other. We all know the disastrous consequences of this set of beliefs. The idea of having a Universal Charter of Human Rights has not done much to improve it.

This brings us face-to-face with a naked truth – our belief system can be wrong, that’s because we have been conditioned to believe what we believe. The dangerous advent of the digital age has severely impacted cultural narratives and news. Research has found that rather than finding objective information, people tend to search and seek information that aligns with their set of beliefs.

The recent Black Lives Matter movement that seems to bring America down to its knees is the tipping point of any racial argument one can have. The depth of brutality and the irresponsibility of the police forces has brought back this premise to the foreground – is it time to relook at our cherished set of beliefs?

Our fight against racism, or prejudice, is more than just supporting a movement. Be it the ‘Muslim Ban’, or the African-American killings, or the war against immigrants, the best way to channel our anger towards these social ills is to take stock of our belief system. The OHCHR and the UNESCO in its official document “Dimensions of Racism”, made an important statement:

“The fight against racism begins with being informed.”

Learning – The Process of Knowing

Research has shown that the process of learning begins in the womb as fetuses during the last 10 weeks of pregnancy listen and try to make sense of the languages that the mother uses. In short, we start learning even before we are born. The curiosity that begins in the womb, continues throughout our life, albeit, they get influenced heavily by the environment around us

The biggest dilemma in the learning process begins when we stop differentiating between facts and opinions. How does it happen? David Kolb explained it in his learning model, which provides a holistic view of how individuals learn. Let’s take a few key aspects of his learning cycle.

According to Kolb, there are four stages of learning. These are:

While racism is present at the grass-root level, one aspect to blame for it is institutionalized racism. When written or unwritten policies of any organization or country tend to tacitly approve racial prejudice, we call it racism. Individuals who are exposed to these organizations subtly get conditioned to accept prejudice. This notion is then fanned by certain events that seem to corroborate their opinions.

For example, the terrorist attacks of September 11, 2001, that destroyed the World Trade Center and killed over 3,000 innocent people, increased the level of hostility towards certain races, and illegal immigrants. Adding to this is the channel of online communication, where racist groups use the internet to spread their views. We call this ‘confirmation bias’ that brings together like-minded people.

This worrying trend needs to be stopped at the grass-roots level, and it can be done only through one way – unlearning.

How should you debunk and unlearn your beliefs, if need be?

The importance of unlearning is not new. Antisthenes, the Greek Philosopher who lived 2,500 years ago, said this important fact of life,

“The most useful piece of learning for the uses of life is to unlearn what is untrue.”

We believe something because we feel it gives us an identity. Our set of beliefs is like a shell that protects us and acts as a refuge. Now, to remove that shell, and build it all over again is tougher. However, we are living at a time in history, where we constantly need to learn, unlearn, and relearn.

One basic fact that helps a person to free himself from the shackles of wrong thinking is education. Katarina Tomasˇevski, who was once the United Nations expert on the right to education, ardently believed that human rights learning and education is the key tool to eradicate social ills like racism and prejudice. While this initiative will ensure that our future generations are well-informed and educated, what can we do to ensure that all of us learn to unlearn?

Many people believe that adding new knowledge or swapping their existing knowledge with a new one is known as unlearning. However, as Cathy Davidson said, “The process of unlearning in order to relearn demands a new concept of knowledge not as a thing but as a process, not as a noun but as a verb.” The important fact is that unlearning is a long process, based on how deeper the old learning is.

In addition to this fact is that unlearning requires a change of our entire perspective or our entire outlook towards a belief. For e.g. to unlearn our deep-rooted thoughts about racism, we need to understand the complete perspective of how we as a victim would have felt about it. To understand it better, read about the Roma in Europe, the black slavery in the United States, the Apartheid in South Africa, the segregations in school during colonial times, etc.

The more you read about these issues, the more you will understand that while we have stopped fighting with war tanks and guns, the war of attitudes is still on. Once you have gained the knowledge, the time is on for changing your outlook to it. One thing that hampers changing our outlook is our old perception of us. How is that?

For e.g. our country of origin, our color, our cultural background, our lifestyle, and our academic degrees may automatically place us in a dominant position. Unless we remove this feeling of dominance, we may never empathize with those who face racial prejudice. Here is where we demolish the concept of ‘White Supremacy’.

The following steps will highlight what we should do:

Once you have successfully identified the above, intentionally change each attitude, and expand your social circle to include people of all backgrounds. Unite with like-minded people and understand their lives, empathize with them, and finally, become a part of it. Slowly, and steadily, this will transform our personality, to the point that we become a part of a movement to eradicate racial prejudice.

Making sure of what is true

The entire process mentioned above is also known as the gradient descent algorithm, where a person does deeper into his thoughts to understand why he was led to believe what he believes. Once he reaches to his innermost thoughts, where the only way is upwards, he can successfully unlearn his attitude and add in new knowledge.

Once you are successful in changing your attitudes, you need to ensure that all that you add to your knowledge is accurate and trustworthy. Some have been conditioned to believe that either racism doesn’t exist or it doesn’t have the consequences that the media portrays. This is due to the plethora of information available around us, and the breakdown of long-cherished factual news sources.

The truth on racism is no longer dictated by relevant authorities but decided by unqualified peers. We have been emboldened by either sensationalist journalism, or by opportunistic media – that continuously feeds misinformation. What we read is doctored information, designed to proliferate suspecting minds to confirm their narratives. The information eco-system of racism is successfully destabilizing society as a whole and introducing clashes of opinion Follow the below tips to ensure your information is accurate:

The biggest change that we can bring to our society is ourselves. In his fight against racial prejudice, we all need to cling towards information that is true, and not sensationalist. In the end, our efforts will ensure that we are contributing our best towards bringing people of all backgrounds together. Till that time, let’s be the force for good, and be the new literates of the twenty-first century – the ones who are ready to learn, unlearn, and relearn! 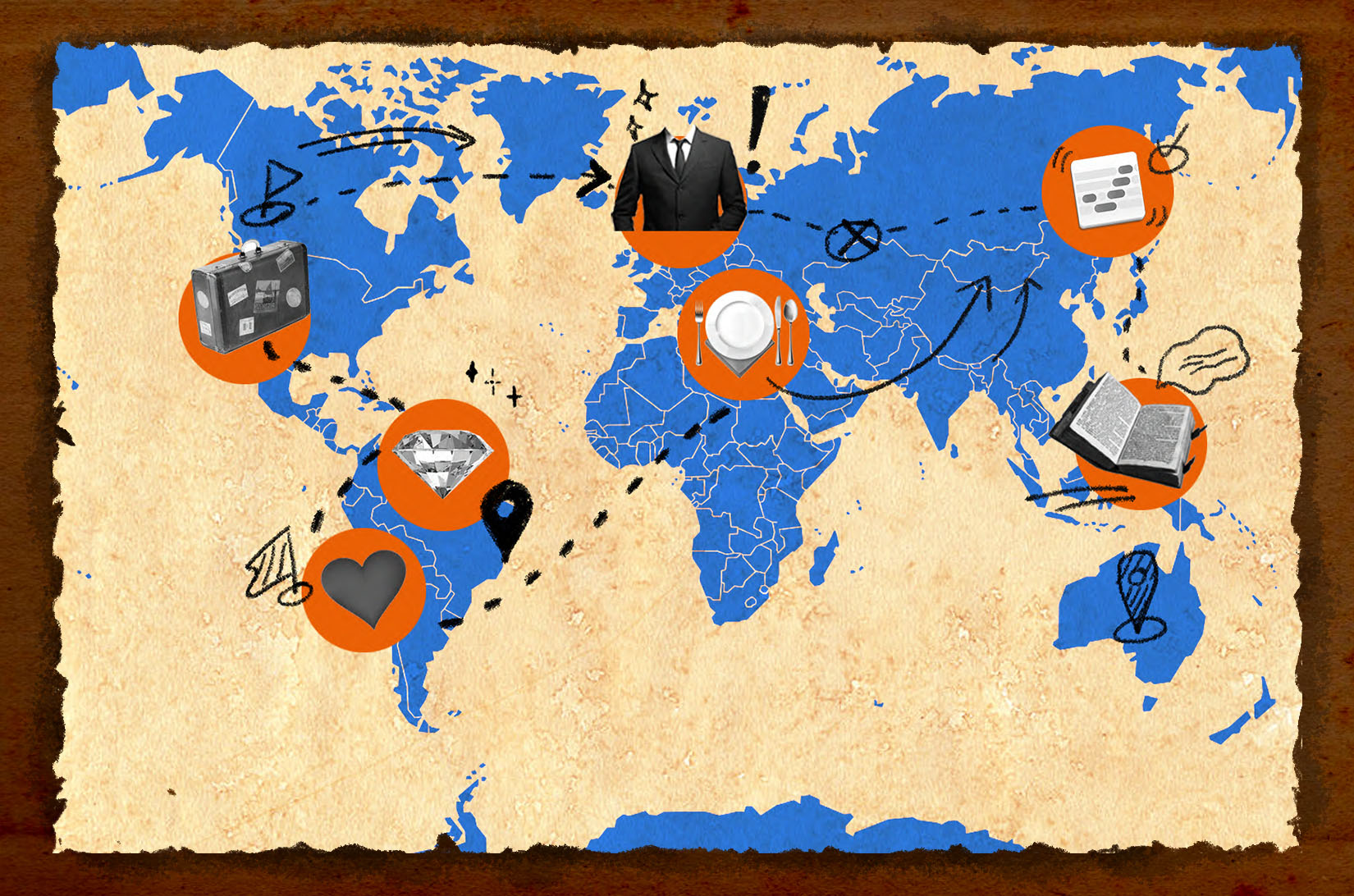 7 Meaningful Goals in Life
Chasing meaningful goals brings purpose and happiness into our lives. They are the compass leading to a fulfilled life full of growth and impact. These are 7 goals that can kickstart your journey to a more meaningful life. 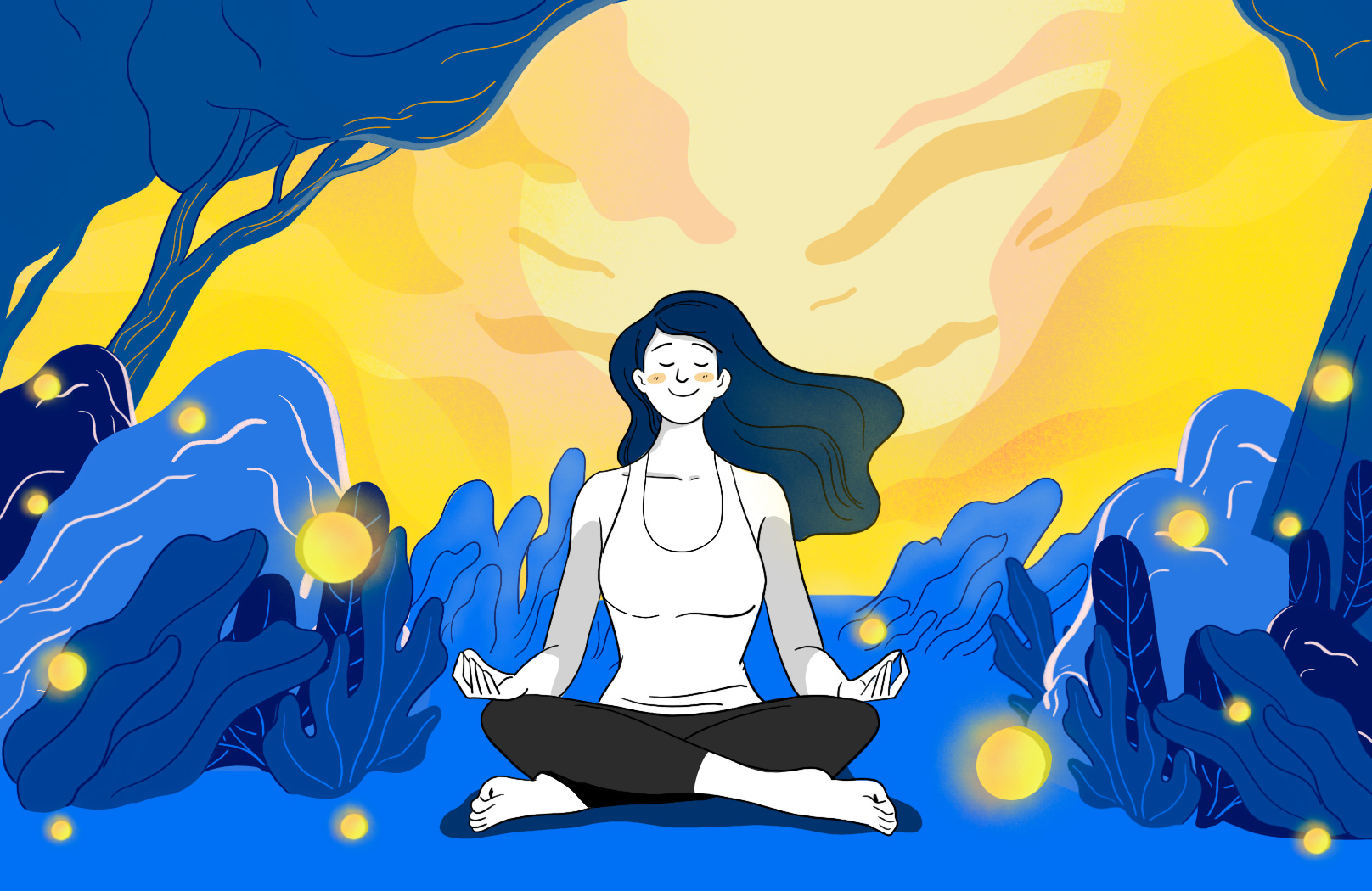 How to Meditate for Gratitude
To increase satisfaction and the happiness level of life, gratitude is a must in our daily package. Here is a simple four-step guide to combining tactics scientifically proven to help us live a more grateful life. 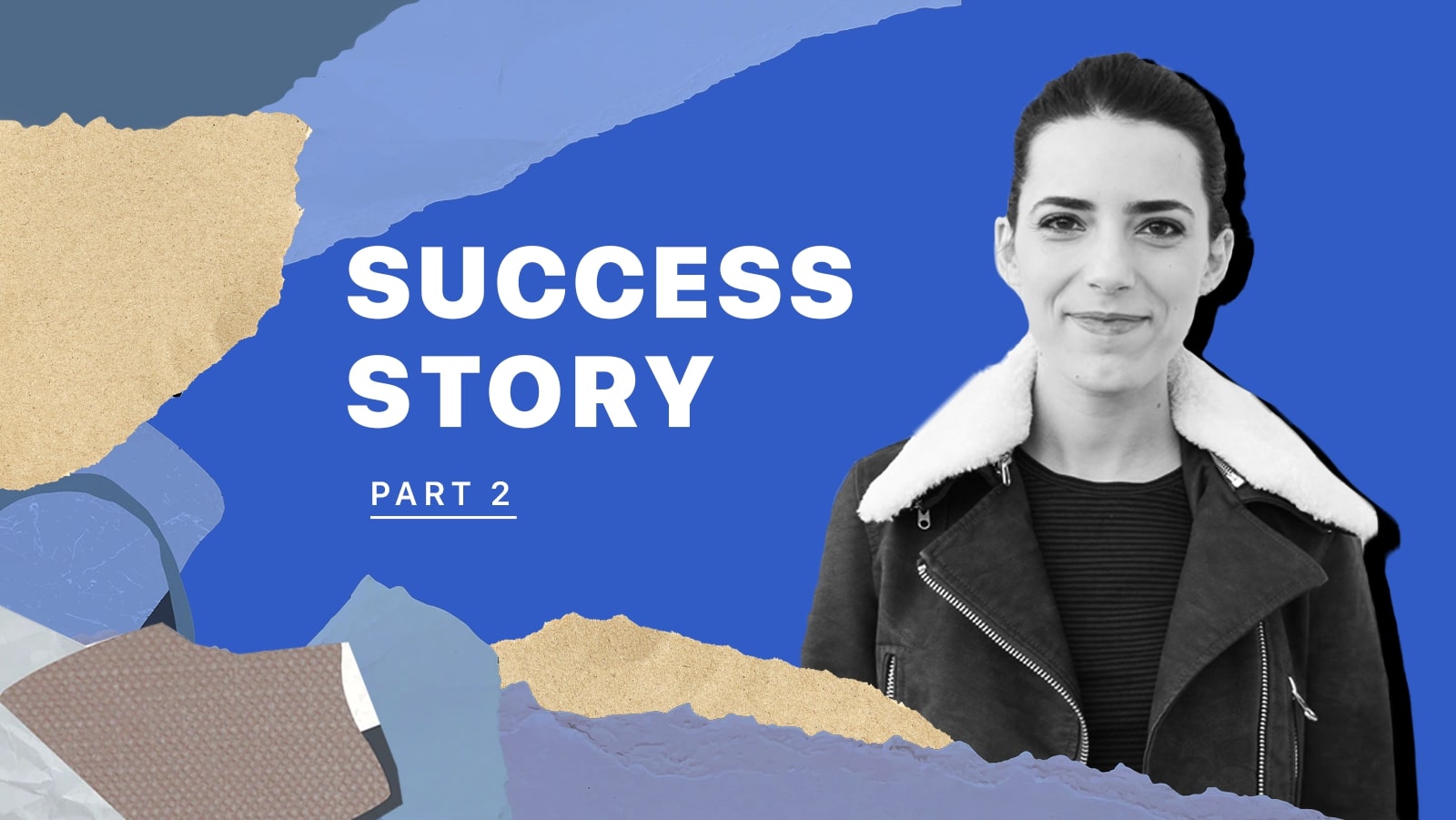 Making Work-Life Balance a Habit — While Managing an Illness, Multiple Projects and Being a Caregiver
In our second story of the series, we dive deep into the many routines of Ana as she managed to balance out working on multiple projects as a freelancer while still taking care of her lovely cat. 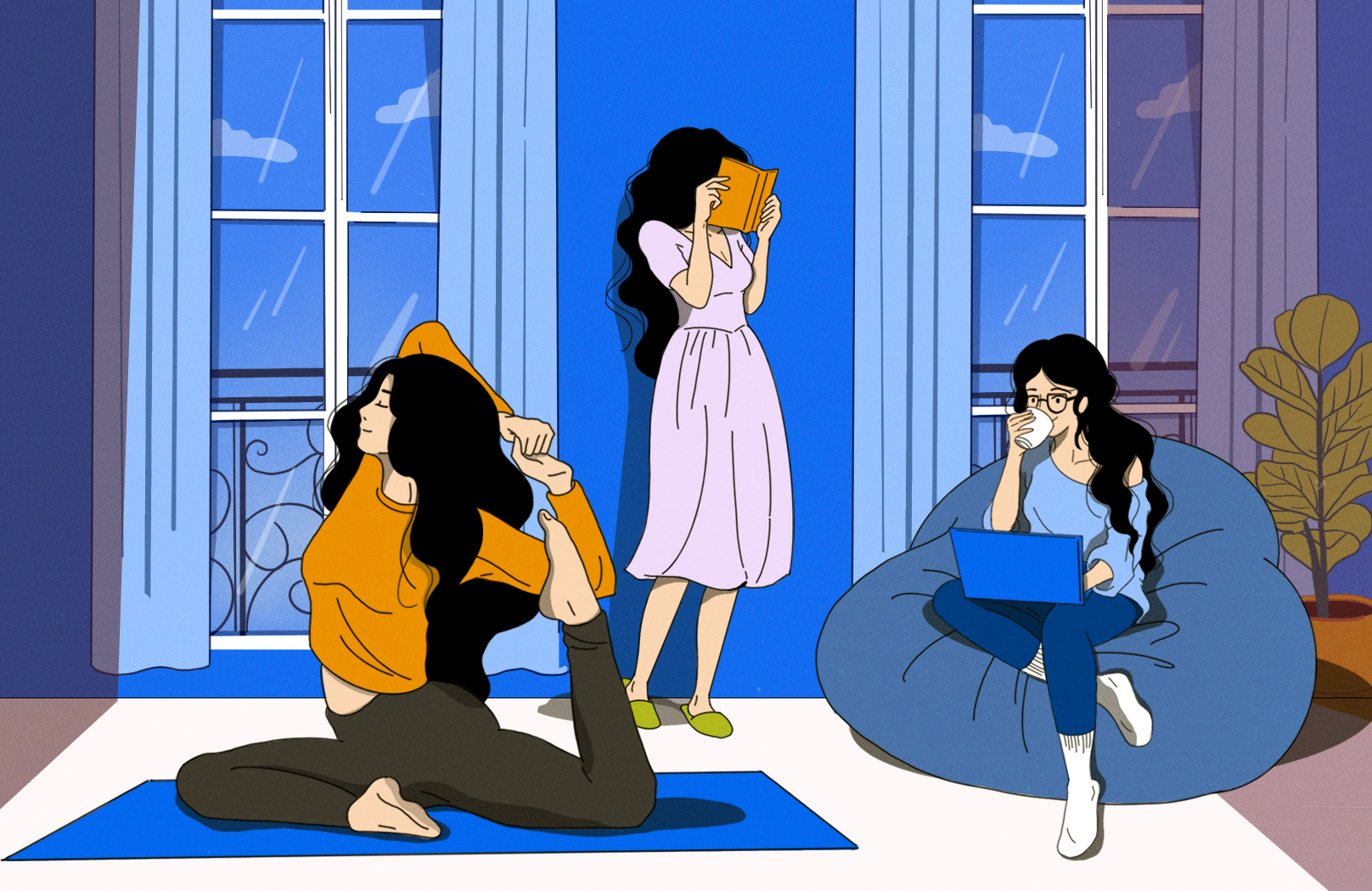 Planning A New You Post Lockdown? Start Today!
The end of lockdown feels a little bit like new year, an opportunity for a fresh start. Figure out how to make the most out of this special time for professional development, personal finance management and establishment of healthy habits.
Comments
Habitify Blog
The collection of our Best Articles, ranging from habit-building tips, success stories, creative uses of Habitify and more.
Contact UsAbout Habitify
CATEGORIES
Habit Building Guide
Success Story
Habitify Academy
Personal Development